Truck Camping in The Mountains

You know that I bought a mining claim (Hunting for Gold). I thought I knew what I was doing. Well, not so much. 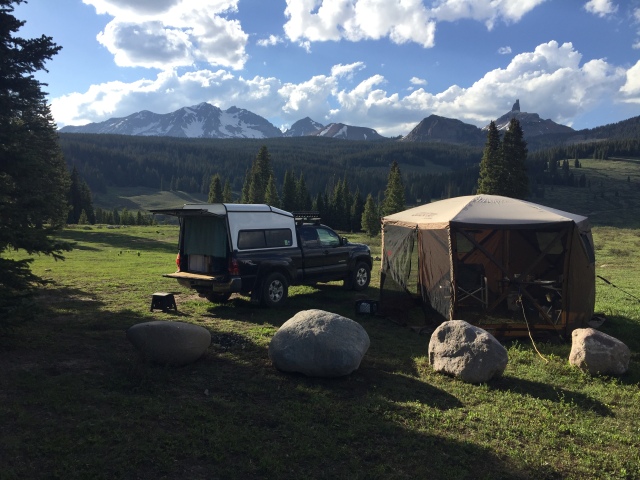 For the gold hunting expedition I purchased my first truck camping tent, a Clam. Extremely easy to set up. However, the weather was too extreme for the tent. The center dome of the Clam tent popped down on my head during some heavy (35mph) gusts. Then the next night it snowed. The dome collapsed again, and I had to clear out much heavy snow before it would stand up. So sad. I gave the tent away. 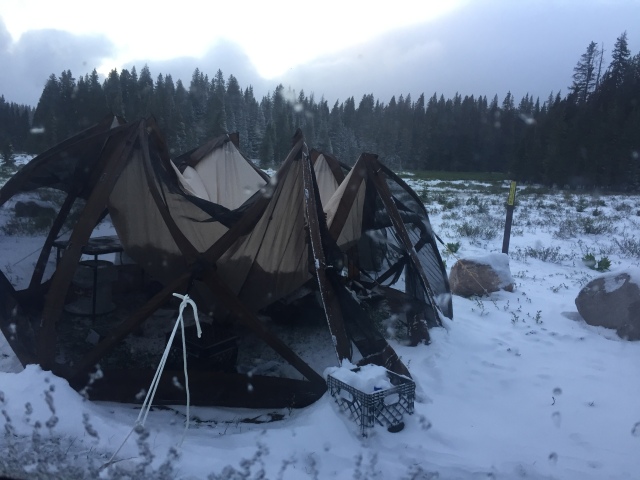 So that was tough. It got tougher as I was unable to hike to the claim. Aggh. That was what I was planning on. But no, the hike was about 4 miles with a final drop to the river of 600′ along a very skinny trail. I could see walking down, maybe, but coming back up with all of the tools … I couldn’t imagine it.

Then I spent two days trying to figure out where the access to the claim was. I thought I could read maps. Finally found out where to park to walk down to the claim and chickened out on driving closer. Me? Chicken out driving?
Then I chickened out crossing the river to get to the claim. Fast rushing water above my knees over slick rocks. I decided to wait a few days for the water to recede. I got close to the claim and spent 2 days practice panning on the banks of a tributary.

Then the wildfires happened. The smoke was so thick that I struggled to breathe. So I retreated, waiting on the fires to calm and the waters to recede.
Much learning in another truck camping adventure.

6 Responses to Truck Camping in The Mountains